“This award comes at a very special moment for Teguise, as we are at the door of the celebration of 600 years of history, as the first civil and urban nucleus of Lanzarote” said proudly Oswaldo Betancourt, Mayor of Teguise after recognition came this week from the Fine Arts of Madrid. With this recognition, “Cemetery Awards” of the journal Adiós Cultural, edited by Funespaña, reports the most beautiful and important cemeteries to be visited in Spain. Teguise received the award for the best environmental initiative for the submitted application of the Cemetery of La Villa de Teguise which is now part of the cemeteries reported as a tourist attraction throughout Spain, in addition to a prize of 2,000 euros.

Oswaldo Betancourt congratulated all the winners in all the categories recognized in this competition, convinced that everyone is deserving of this recognition at the national level. “This award recognizes the work that has been done in the heritage sector with the aim of saving and respecting the popular architecture. Now, thanks to the magazine “Adiós Cultural” and Funespaña, our work has become visible and that of all the Spaniards who are strongly committed to highlighting and disseminating the historic, social, environmental, artistic heritage of cemeteries, claiming their attraction as a tourist site to visit” said Betancourt. Re-opened a year ago, the cemetery hosts the mausoleums of residents of the Commune and of the rest of the island, including the first noble families.

Built in La Villa in 1814, it was in use until 1979, the opening year of the communal cemetery “Nuestra Señora de Las Nieves”. The renovation works consisted in the restoration of doors, walls, chapels, as well as the recovery of masonry, tombstones, crosses and ornaments of the tombs in addition to the preparation of the crypt of the priests of Teguise. The old cemetery is open to the public every day from 9 to 17 hours.

“Although it does not currently support burials, this ancient cemetery, known to everyone as Cementerio Viejo, is worth a visit for anyone who wants to deepen the history and ancestors of our people: tombs and mausoleums where more than 238 souls lie.” 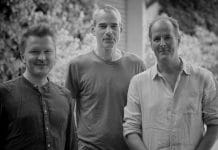 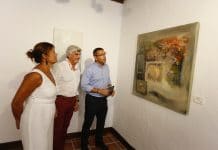 Take places to the excursion to the area of Las Calderetas, saturday 12 of...