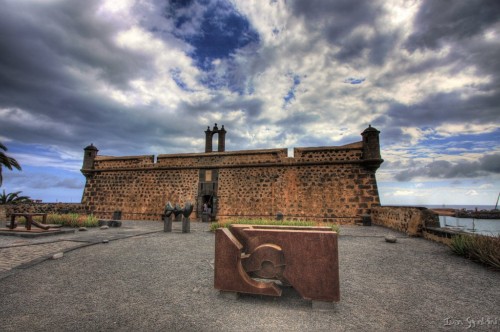 The Museo Internacional de Arte Contemporáneo-Castillo de San José, is located near Puerto Naos and Arrecife, capital of the island, and the place where César Manrique was born. It was built between 1776 and 1779 under the ruling of King Charles III. The museum’s privileged location on top of a cliff, made protection from Castillo de San Gabriel easier, and it meant it was a crucial spot to defend Arrecife and its port from the dangers the modern states posed to the Spanish Empire. When its use for defensive purposes decreased, it was left abandoned for almost a century. It was Manrique (who else), who convinced the authorities of the island to transform the ancient fortress into an art gallery that ended up opening in 1976, the Museo Internacional de Arte Contemporáneo.

Manrique started up the 1st International Visual Arts Competition with the work of Picasso, Tàpies, Miró, Mompó, Millares, Zóbel and some of his own creations that inspired one of the largest abstract art collections by Canarian and Spanish artists of the second half of the 20th Century in the Canary Islands. Manrique also added a significant number of modernist sculptures that can be seen when touring the depths of the castle. One of the main contributions Manrique made to the modern areas such as the bar- restaurant, a pleasant and harmonious corner within the fortress where visitors can taste the avant-garde dishes on offer with the coast and the sea in the background over the bay, viewed through a large glass window. 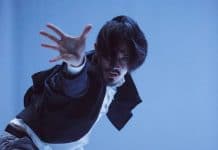 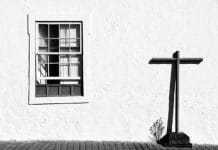 The exhibition “Flow” by José Otero keep going until May 19th

Marimba, vibraphone and percussions all together for an unforgettable concert